The 2200R reflexed wing is brilliant for lightwind wing-foiling. Unbelievable stability and slow stall speed through the turn makes learning gybes and tacks easier, giving newer riders confidence to try more manoeuvres and progress quickly. Smooth carvy turns in prone for heavier riders and in SUP foiling. Touchdowns are a breeze. Featuring our new, patent-pending reflexed-camber foil section design to give the wing pitch stability. This eliminates the need for you to change your position to trim the board as you speed up, or as you drop-in on a wave. The 2200R has a relatively large surface area, which makes it highly controllable, with incredible roll and pitch stability. Usually, a large wing means more drag, hence less speed. But because it is positioned on the fuselage with a lower angle of attack, the 2200R feels smaller than it is in terms of speed range and responsiveness.

Pitch stability and control throughout the entire speed range 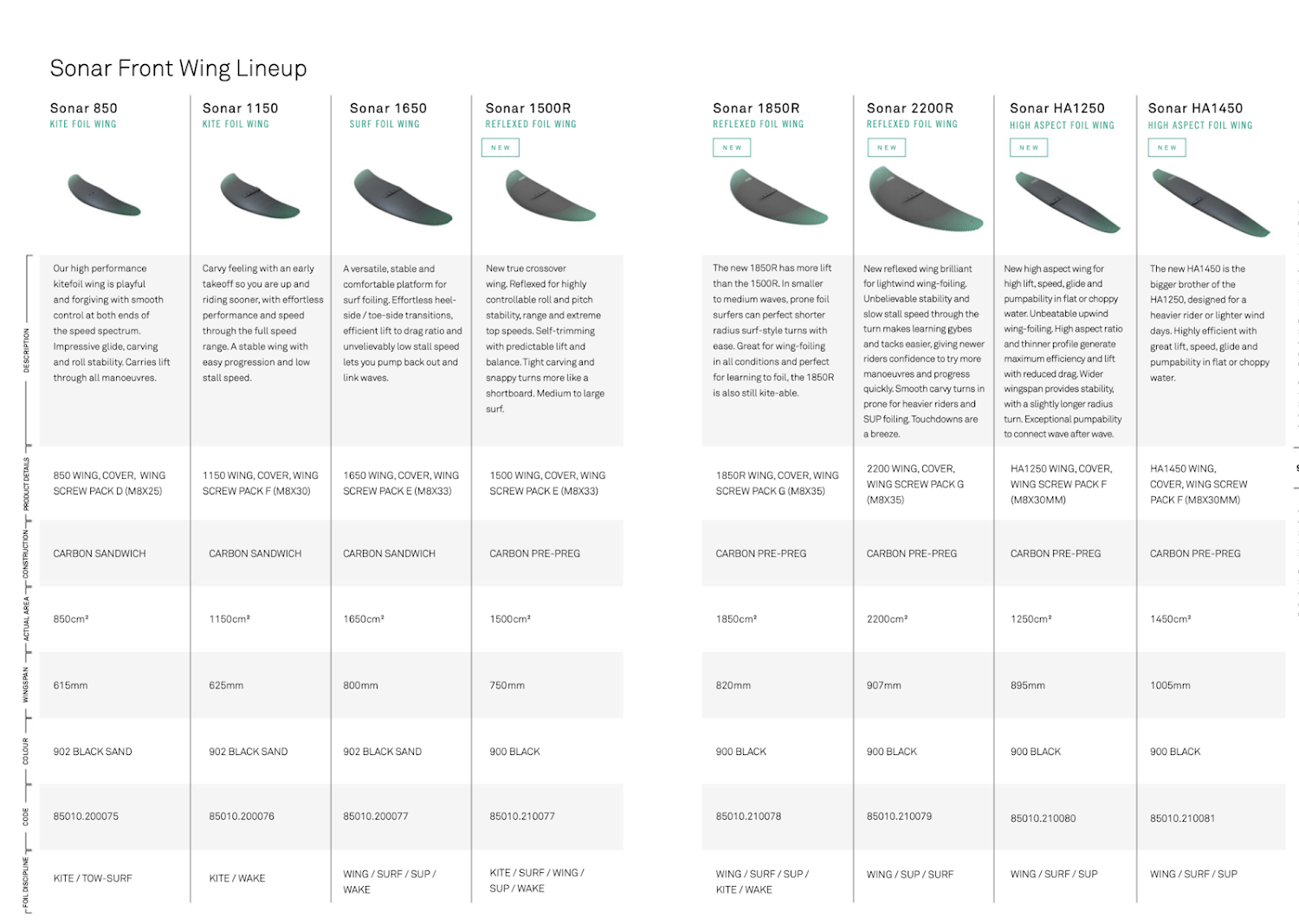